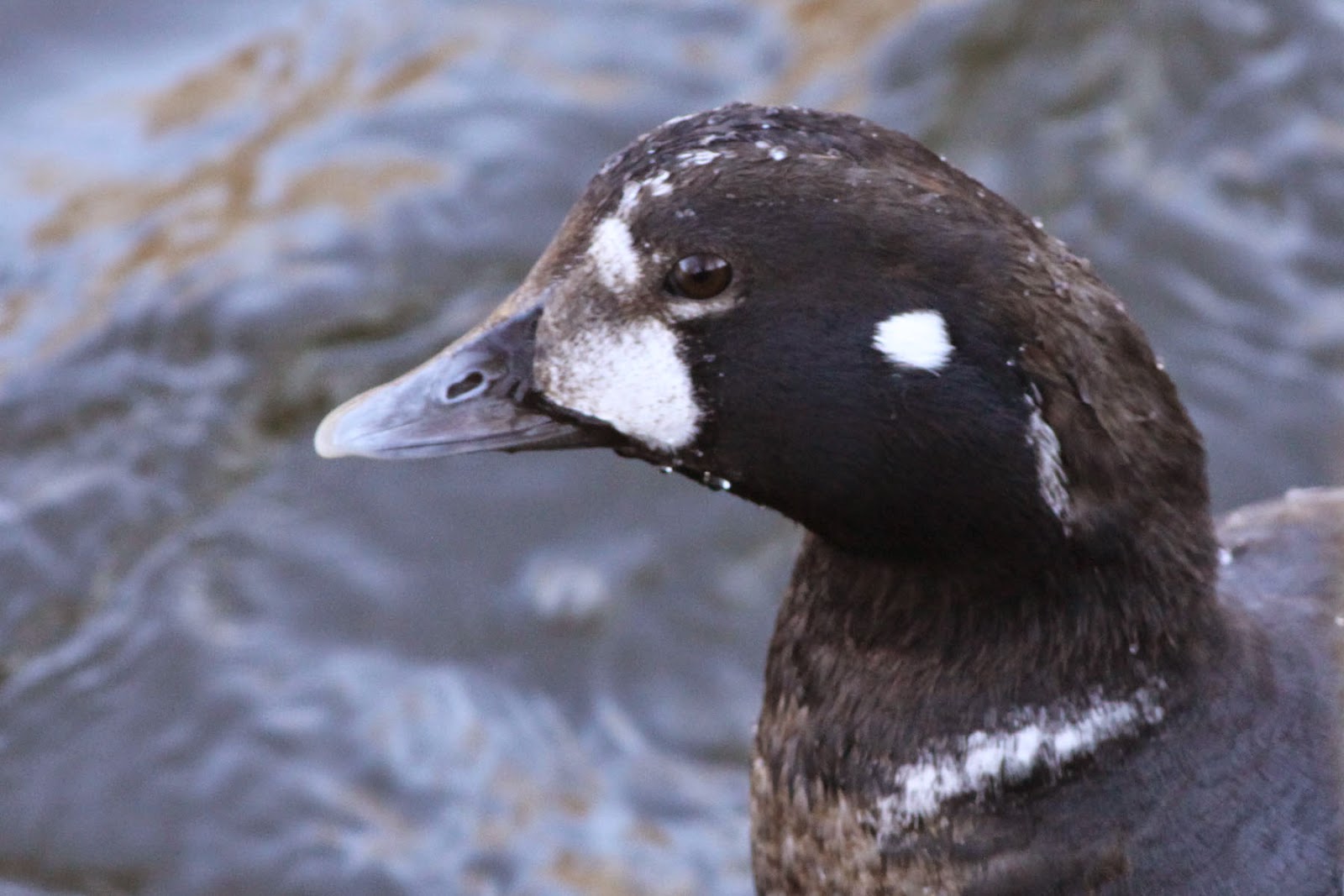 A trip off the island for the BOC AGM saw me making the long haul down the country to Sandwich Bay Bird Observatory, so it would have been rude not to have made the most of it with some birding as I went. Although it was nice to catch up on a few species that are unlikely to make it to Fair Isle (Tawny Owl, Pheasant, Green Woodpecker etc) it was also a good chance to call in on a couple of lingering rare ducks (and catch up with family and friends of course!). Sadly, I also made it to the Stadium of Light, but we'll skip over that one for now.
The BOC meeting was interesting, it was a good chance to catch up with representatives of other Observatories and the BTO and share experiences of our work and thanks to SBBO for being excellent hosts.
Not much was happening bird-wise as I left Fair Isle (the snow gradually melted over three days or so), so I was fairly relaxed about being off the island and was even more pleased when I met up with David Steel (heading up to his new role on the Isle of May) and we picked up the Black Scoter off Cheswick in Northumberland (and fish and chips in Seahouses).
The journey back saw me in Aberdeen on a glorious sunny day, with around six hours to spare, so a walk up to Donmouth to finally get a crack at the Harlequin seemed the obvious choice. After a brief period where it was hiding from view (although Dipper, Kingfisher, Goosander and other species were good to see), I met the finder of the bird, who told me where to stand to expect a view.
Within a minute, a dumpy duck [it's more Micky than Niall (harle)Quinn] had flown up the river and landed alongside us!
It eventually swam to the riverbank then came back towards us, where it sat on a barrel in the river about four metres away!
Anyway, after a day where we almost flew back to Fair Isle, but then didn't, I eventually arrived home in time for a little flurry of new arrivals for the year as SSE winds encouraged birds to get on the move.
A Ringed Plover on 13th was followed by a Hen Harrier the following day (the first winter record since 1997) then Woodpigeon and Red-breasted Merganser on 16th, whilst this morning has seen a flock of four Chaffinch in the Obs garden.

There are a few daffodils in the garden, new birds coming through and the deadline for staff applications coming up at the end of the week, it's starting to feel distinctly sort of spring-like.

Do you want to build a snowman? 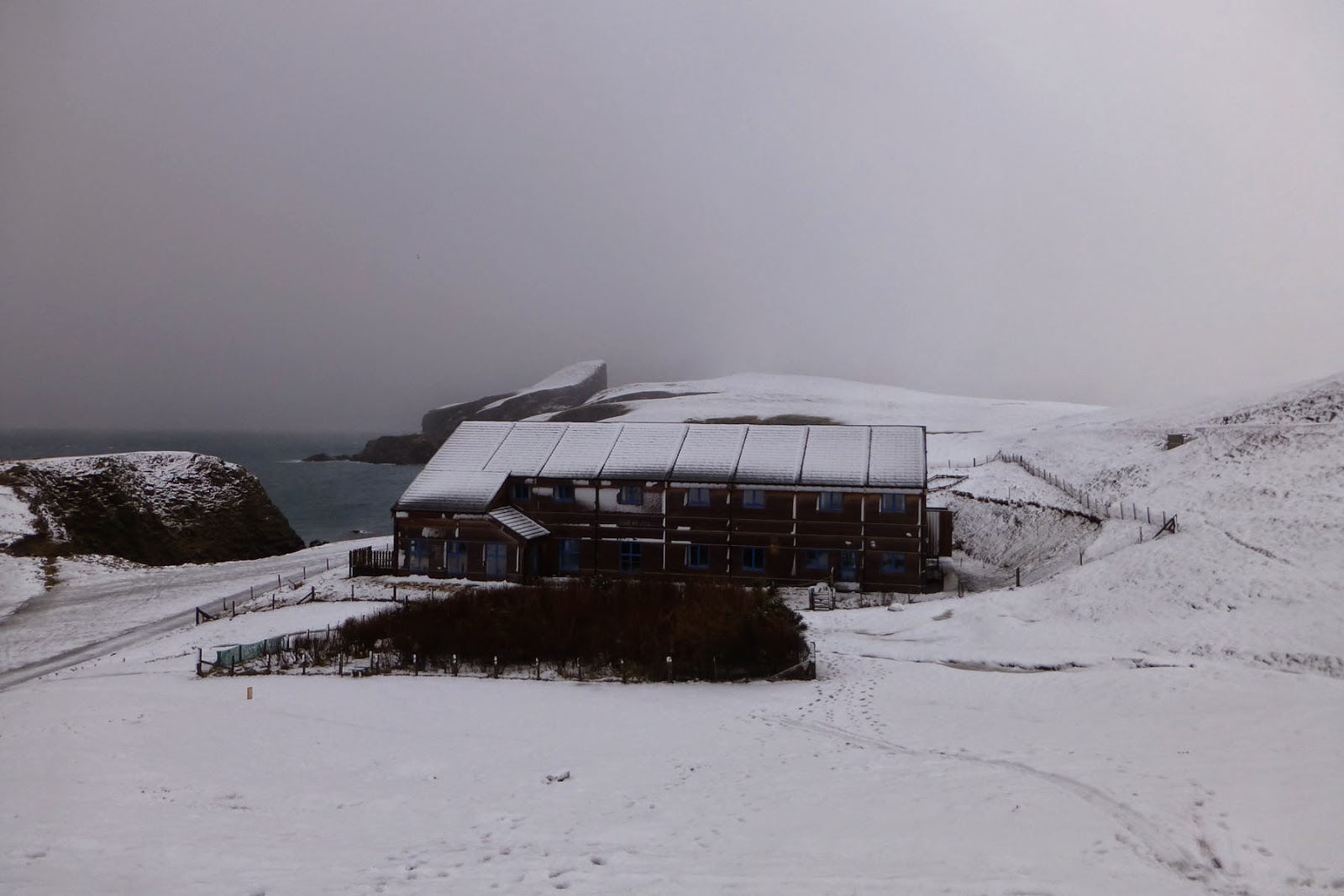 If you've got small children, you've probably seen Frozen at least once and are likely to have some of the songs stuck in your head. We certainly have today, after a rare day of lying snow on Fair Isle, a 'snow day' for the kids and some sledging out the back of the Obs. Having brought one sledge to Fair Isle (which has been, if anything, too many sledges since we arrived), we've since had another child -  so we were very thankful to friends who had previously found a sledge washed up in Busta Geo, scrubbed off all the algae, seaweed etc and delivered it to the Obs this morning so we could have a sledge each for the girls! 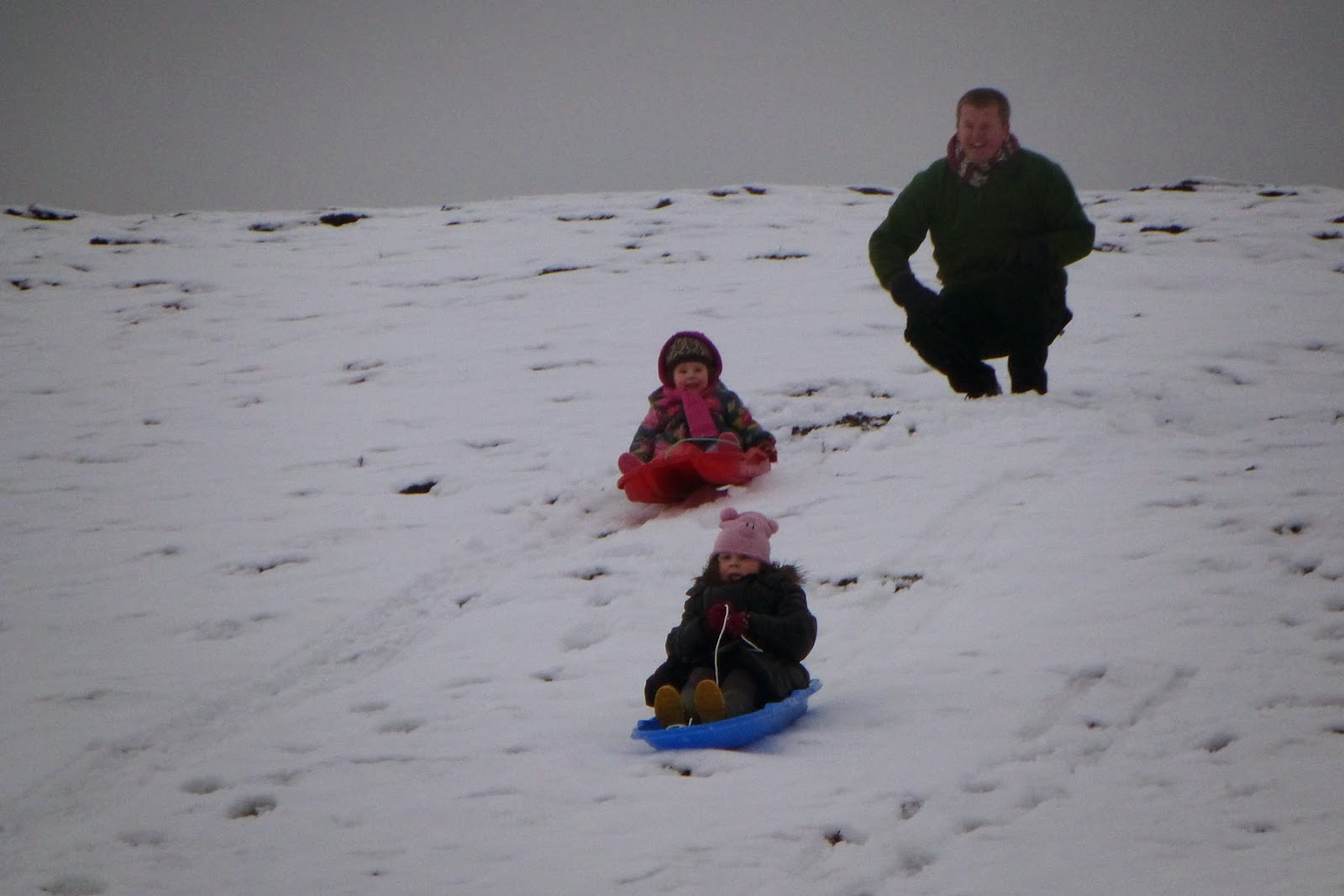 Of course, it's not all sledging and snowmen (although a day of that never does anyone any harm) and the office work continues to take up a fair bit of time as we get ready for the ever approaching 2015 season (and with bookings opening for 2016 on 1st March, that as well!). A couple of things to be aware of, are:


I also managed to briefly get my email inbox empty (for the first time in my history I believe) and work on the 2014 Annual Report is coming along nicely. If anyone has photographs that they think could be suitable for the report and would be happy for us to use them, then please get in touch.
Bird sightings have been largely unremarkable since the last update: 4 Pink-footed Geese on 1st were the first of the year and seemingly arrived with a few more Greylags (152 were counted on 2nd), a couple of Iceland Gulls and a Glaucous Gull were seen and the Buzzard and Sparrowhawk reappeared, whilst a small arrival of thrushes at the end of January saw Fieldfare numbers rise to at least 57. Full details of recent sightings are updated regularly on the FIBO website .

Posted by David Parnaby at 11:46 No comments: